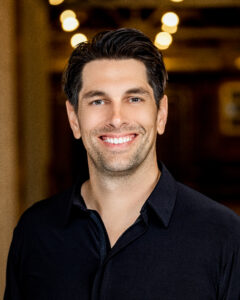 Matt was born in Bristol, TN where he lived until age 16. He then moved to Johnson City where he attended high school at Washington College Academy. Matt is a 2001 graduate of Milligan University where he studied business administration and minored in communications. He was also a four-year member of the men’s baseball team where he was a pitcher and played left field.

Matt began his professional career as a financial advisor in 2001 with Northwestern Mutual. In 2009, he was conferred the Chartered Financial Consultant designation from the American College in Bryn Mar, Pennsylvania. In 2010, he received his Chartered Life Underwriter designation. In 2014, he became a Certified Financial Planner after passing the CFP® board exam. In 2017 he founded Trivett Wealth Management, a boutique investment advisory firm primarily serving physicians in the Appalachian region. Today he continues to serve as the firm’s owner and is a regular speaker at various medical schools and residency programs through the region, educating physicians on the various aspects financial management. He currently holds a series 6, series 7, series 63, and series 66 investment license.

During his non-working hours, Matt serves on the board of the Johnson City Country Club where he is co-chairman of the tennis and fitness committee. He is also a contributing columnist for the Johnson City Press, where he opines on various social and financial topics. In his free time, he enjoys running, tennis, and is an avid hunter. He has completed 2 marathons and in 2012 was a finisher at IRONMAN® Louisville. He lives in Johnson City with his wife and best friend Shawna and their son Elijah. Their family attends Grace Fellowship Church.

Can he dance? No. Does he at least have a small semblance of rhythm? Nope. But you had better believe he’s going to give it his all! Hurry, you won’t want to miss Matt and his two left feet on August 27, 2022! Get your tickets now!