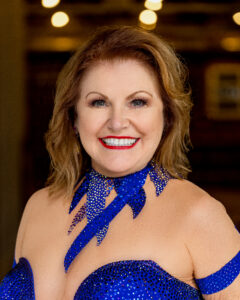 Brenda is a retired Southwest Airlines Captain. She wanted to be a pilot since her father took her flying in a small plane at age eight. After overcoming many obstacles over the years she was able to live her dream! Brenda moved to East Tennessee in 1972 and graduated from Greeneville High in 1980 but has lived in many states while flying corporate jets for Fortune 500 companies. She joined Southwest Airlines in 1998 and moved back to East Tennessee in 2014. Our Appalachian Mountains called her home.

Brenda received her Bachelor of Science degree in Aviation Management from the University of Central Texas. She is a member of several aviation organizations and was inducted into the prestigious International Society of Women Airline Pilots Captains’ Club in Rome, Italy. Brenda is also a member of the Screen Actors Guild and was featured in a Southwest Airlines commercial. She worked as a commercial model and background actor in several movies in the Baltimore/Washington area while living on the East Coast.

Brenda loves to travel and Hungary is her favorite destination. Since retiring she has focused her energy on mentoring aspiring young pilots by helping them apply for scholarships, resume preparation and conducting practice airline job interviews. She recently helped two young people from Chuckey get into Southwest Airlines Destination 225 fast track pilot training program.

Brenda lives with her husband Rob and dogs Charlie and Dingo in Chuckey. She is excited to dance and raise money for Jeremiah School and is asking for your vote by donating in her name.

Brenda’s motto: She believed she could so she did!